Backsreet Howie Dorough and his wife Leigh, a real estate broker, are expecting their first child in June, they tell PEOPLE exclusively.

Adds Leigh: “I think he’s going to be more hands-on than anyone expects. He’s someone who will get up in the night and change diapers. He’s such a partner of mine.”

After marrying in December 2007, the Doroughs planned to travel before starting a family. “We’ve been together going on eight years, but we wanted to enjoy and adjust to living married life first,” Howie tells PEOPLE. “So for the first eight months we traveled all over the world on an extended honeymoon.”

Howie, 35, and Leigh, 34, had “an amazing time” as they hopped from Japan to Australia to Europe and back to North America on tour with his band. But tragedy struck last spring when Dorough’s father Hoke was diagnosed with brain and lung cancer. He passed away just three months later in June 2008.

Focusing on Family
“That kind of put things into perspective – passing on and bringing new life into the world,” says Howie. “At that point we started focusing in on having a child. The baby is due the same month that my dad passed away last year, so it’s almost like realizing life is a circle.”

Leigh, whose cravings include blueberry muffins, devised a plan to break the news to Howie after discovering she was pregnant after only a month of trying.

“Leigh surprised me with breakfast in bed. [I knew] something was up,” Howie recalls. “I looked down and saw the pregnancy test strip [on the tray]. The look on my face was like something from America’s Funniest Home Videos. I thought, ‘Oh my god! Here we go! This is it!’ ”

Says Leigh of conceiving so quickly: “We were really blessed and lucky.”

Designing a Nursery
The couple, who doesn’t want to find out the baby’s sex before the birth, is planning a gender-neutral nursery. “We have a home in L.A. that’s modern, a lot of wood,” says Howie. “We want to do earth tones [for the nursery]. We’ve been talking about a jungle or safari theme.”

The Doroughs say that many on Howie’s side of the family are thinking blue – although Howie’s siblings have children, and Leigh’s sister had twins last year, there isn’t a male to carry on the Dorough family surname. “So I think everybody would love a boy,” he says. “We’re just hoping for a healthy baby.”

Howie is the third Backstreet Boy to expand his family – bandmate Brian Littrell and wife Leighanne have a 6-year-old son, Baylee, who was diagnosed with atypical Kawasaki Disease last month. Kevin Richardson, who left the group in 2006, has an 18-month-old son named Mason with wife Kristin.

The Backstreet Boys – who Howie says were “surprised but very, very enthusiastic” upon hearing his baby news – are currently recording a new album in L.A. before they head to South America in February to complete their world tour. 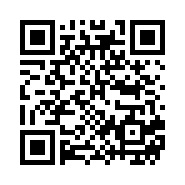