They're certainly no longer boys, but the Backstreet Boys are definitely back. The boy band from Orlando -- A.J. McLean, Howie Dorough, Brian Littrell and Nick Carter (Kevin Richardson left the group in 2006) -- will show why it's sold more than 130 million records worldwide with its high-energy tour, which begins Saturday night at the AmericanAirlines Arena in downtown Miami.

Original member and South Florida homeboy Nick Carter talked to The Miami Herald about the tour, that YouTube video (you know the one), and why the Boys were really Never Gone.

A: I was the one pushing to play a show in Miami for a lot of reasons. I've lived down in the South Florida area, in Parkland and down in the Florida Keys, so it's kind of a home to me, and I really wanted to be able to play for friends and family. I feel like there are a lot of people who live down there who haven't seen us in a while. Actually, funny enough, that's one of the shows that's doing the best as far as ticket sales. So we're really happy.

Q: What can we expect from the show?

A: A pop show, dancing, singing, cool gags, just big energy, explosions. You get to see a group who hopefully you've liked through the years. We perform our biggest hits -- we've got 10 or 12 top 10 hits around the world that people know -- so we perform those as well as songs off our new record. It's just jam-packed. We've got four dancers and big production.

Q: What were your expectations going into the group?

A: I was 12 years old. I just wanted to sing and dance and just have fun. That's all I cared about.

Q: How surprising was it to you how big the band got?

A: Surprising when you think about it, but at the same time, I really didn't know anything different. Looking back on it, I'm extremely blessed to be able to go around the world. I mean, we've already hit three continents on this world tour. People love to listen to our music, and I'm just fortunate and very happy after like 17 years to still be around.

Q: What inspired you guys to reunite a few years ago?

A: Actually, it was 2003 or 2004, right after my solo record, and then we did an album called Never Gone. A lot of people really don't know what's been going on with us. . . . We've still been doing records. People all the time are like, ``What have you been doing lately?'' and we say, ``Um, we just got off a world tour.'' Unfortunately, America kind of gave up on us a little bit, but the rest of the world didn't.

Q: Have you seen that incredible YouTube video of the two Asian guys lip-syncing to I Want It That Way?

A: Oh yeah [laughs]. Asia and Japan and Australia and Europe -- they just freakin' love us, man, so we just keep coming back. It's all about the love. They keep giving, and we give back. 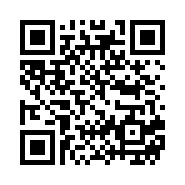