Backstreet Boys Chart Comeback With This Is Us

Posted 6 minutes ago by Jocelyn Vena in Music

With the release of their new single "Straight Through My Heart" and the excitement that coursed through the Newsroom when it all happened, it seems that, at least among a few of us MTV News staffers, there is some excitement for the new Backstreet Boys album, This is Us, which is due out on October 6.

For the album, the guys worked with producer RedOne on the single and hooked up with longtime collaborator and pop mastermind Max Martin. They also worked with T-Pain, and Brian Littrell talked to MTV News about working with the rapper (much) earlier this year.

"T-Pain is the hottest thing since sliced bread," he said, adding that the album is "BSB doing what we did when we started together, when we made a name for ourselves we were a vocal group. There are no boy bands left other than us and we're going back to the vocals. We're going to showcase how well we can sing."

So in honor of the release, we are counting down our favorite BSB singles of all time.

10: "Incomplete": It's Kevin's last single with the group. And we are forever incomplete.
9: "Larger Than Life": We're just saying Lance Bass may have seen this video and stolen an idea or two.
8: "The Call": Hello? This song rocks!
7: "More Than That": Because we love them more than NSYNC. Yeah, we went there.
6: "I'll Never Break Your Heart": We love any song that showcases Kevin's undeniable ability to talk in a seductive manner. Kevin, we will miss you.
5: "All I Have to Give": I gave them all my mom's money in high school. And they gave me beautiful music.
4: "Shape of my Heart": It just so happens that x-rays of my heart reveal that it's in the shape of A.J. McLean.
3: "Everybody (Backstreet's Back)": Exactly. It's almost like they could tell the future.
2: "As Long as You Love Me": Dear Boys, I still love you.
1: "I Want It That Way": Because we always want it that way ... whatever that means.

Honorable Mention goes to "10,000 Promises," and if you don't know this song, you're not a true fan. I'm just saying. 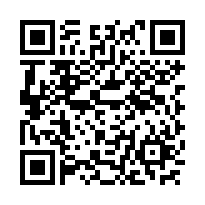