Set For An October 6th Release

NEW YORK, July 28 /PRNewswire/ -- Backstreet Boys are very proud to announce the release of their new album, This Is Us. Set for an October 6(th) release on Jive Records, This Is Us is the seventh studio album from this groundbreaking and chart topping group that redefined the modern musical landscape, ushering in a chapter of pop culture that commandeered the world's radio airwaves, broke music and concert sales records, and launched a new generation of teen idols. Nick Carter, Howie Dorough, Brian Littrell and AJ McLean collaborated with a powerhouse suite of producers and songwriters on This Is Us that included T-Pain, Max Martin, RedOne, Soulshock and Karlin, Jim Jonsin and Claude Kelly. The end result is an indelible and finely crafted R&B and pop album from four talented musicians who love what they do and who maintain the rare relevance in an industry that often disposes of pop acts.

The 11 songs that make up This Is Us are the sounds of four skilled singers with a similar vision, who have dealt with the trials and tribulations that accompany fame at an early age and who came out as one of the most successful groups of all time. From the undeniable dance floor ready lead single, "Straight Through My Heart" (click on link to stream) to the reflective soar of "Bigger," from the hook crazy "Bye Bye Love" to the romantic yearning of "She's A Dream," This Is Us shows remarkable growth as songwriters and continues to give us songs that has made millions smile.

"We're really excited to release this new album and know that our fans are excited too. We worked with a group of amazing artists and producers that we've never worked with before, exploring new sounds and territory and know the final product turned out incredible," says Carter.

Backstreet Boys plan on spending the second half of 2009 and all of 2010 on the road. A European tour has already been announced and a full North American headlining tour will be announced shortly. Tour dates can be found on the group's official website.

Over the last 12 years, the Backstreet Boys have sold more than 76 million albums worldwide, have scored a dozen Top 40 hits and charted in the Top Ten in nearly every country making them one of the most successful groups of all time. 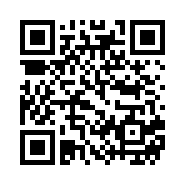