After a decade-long crush on the Backstreet Boys, I had the pleasure of meeting them on Tuesday. I was finally in the same room as Nick (my crush of the group), AJ, Brian and Howie! (Unfortunately, not Kevin, since he left the group a while back.) If the show “Fanatic” still existed, this would have made for great TV.

When I first found out, I immediately freaked out. What would I wear? I was getting to meet Nick Carter. I had to look good.

My colleagues Christina Garibaldi and Nicole Guanlao were equally excited. We all began to wonder what we would talk to the boys about. What kinds of questions should John Norris ask them? I mean, there’s so much to cover with a group of guys who just might be the greatest boy band of our time.

Though in the end, we opted for what would be considered “real” interview questions, we came up with a few somewhat inappropriate ones in our brainstorming session.

Here what we would have asked:
1) Were you really in space for the “Larger Than Life” video? Follow-up: Do you feel Lance Bass stole your idea?

2) When you guys tour, is Johnny No Name the opening act? If not, would you consider it, and would he have to audition first?

3) Halloween’s coming up. If I wrapped you up in toilet paper to look like mummies, would you perform the dance from the “Everybody (Backstreet’s Back)” video?

4) Nick, do you wish mushroom haircuts would come back in style?

5) Where do you guys get your facial hair groomed? It’s always been impeccable.

6) Finally, now that Kevin is out of the group, who does the speaking part in “I’ll Never Break Your Heart”? If you need someone, I can do it.

Although we may never know where the guys stand on these hot-button issues, I still haven’t caught my breath from meeting them. It was a once-in-a-lifetime opportunity. Unless, of course, they want to do it again. Call me, Nick! 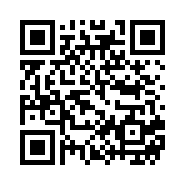