They're certainly no longer boys, but the Backstreet Boys are definitely back. The boy band from Orlando -- A.J. McLean, Howie Dorough, Brian Littrell and Nick Carter (Kevin Richardson left the group in 2006) -- will show why it's sold more than 130 million records worldwide with its high-energy tour, which begins Saturday night at the AmericanAirlines Arena in downtown Miami.

Original member and South Florida homeboy Nick Carter talked to The Miami Herald about the tour, that YouTube video (you know the one), and why the Boys were really Never Gone. 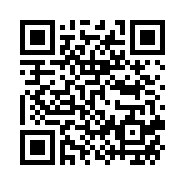